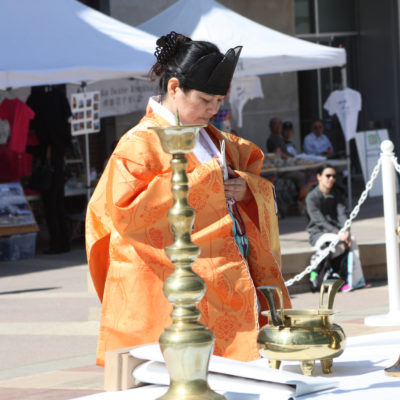 It was a special gratitude to hold the event at the Japanese American National Museum on the first day of the daylight saving time. Despite the unforeseen challenges of road closures and the demonstrations which took place nearby, we were blessed with beautiful weather and were able to carry out the programs in a smooth matter.

The prayer service by Shinto, Buddhist and Christian Faiths let all who participated in the incense and flower offering. Los Angeles County Fire Departments (CACFD) shared valuable information with the public. Fire Chief Daryl. L Osby of the LACFD gave pertinent tips on what we can all do for emergency preparedness.

The plaza area was filled with Japanese classical and American jazz music while the booths presented by the Fukushima, Miyagi and Iwate Prefectures, the American Red Cross, Home Depot.

Inside the forum, Christian and Jewish prayers, choral music and recitation of poetry enhanced the afternoon. In the evening a solemn and beautiful candle service concluded the for the fourth annual tribute event. The community-wide gathering of the prayers, remembrance and learning was made possible by giving the gift of precious time and thoughts on this occasion.

The harsh weather patterns seen in Southern California as well as the rest of the nation remind us that we are vulnerable to natural disasters and that much needs to be done to increase awareness of the subject.

Events at Courtyard and Plaza open at 1PM

Pre-Registration Required for Part I and Part II

3:50pm - 4:35pm
Special Reports: A Preview of Documentary Film Screening of “Live Your Dreams: the Taylor Anderson Story” After the Preview screening, Regge Life will lead a Q&A session. Additional reports about the current situation in Tohoku will be presented by members of JASSC, local community leaders, representatives of the three affected prefectural associations and others.
Moderator - Douglas Erber, President of JASSC

5:15pm - 7:00pm
Screening of Documentary Film “Live Your Dreams: the Taylor Anderson Story”
Taylor Anderson was a female American English teacher in the City of Ishinomaki. After comforting and helping her students evacuate after the earthquake, she was last seen riding her bike to her apartment. Award winning film producer and director, Regge Life, documented Taylor Anderson life and the positive impact she had, and continues to have, on the U.S.–Japan relationship.

Related to Love to Nippon 2015 Event 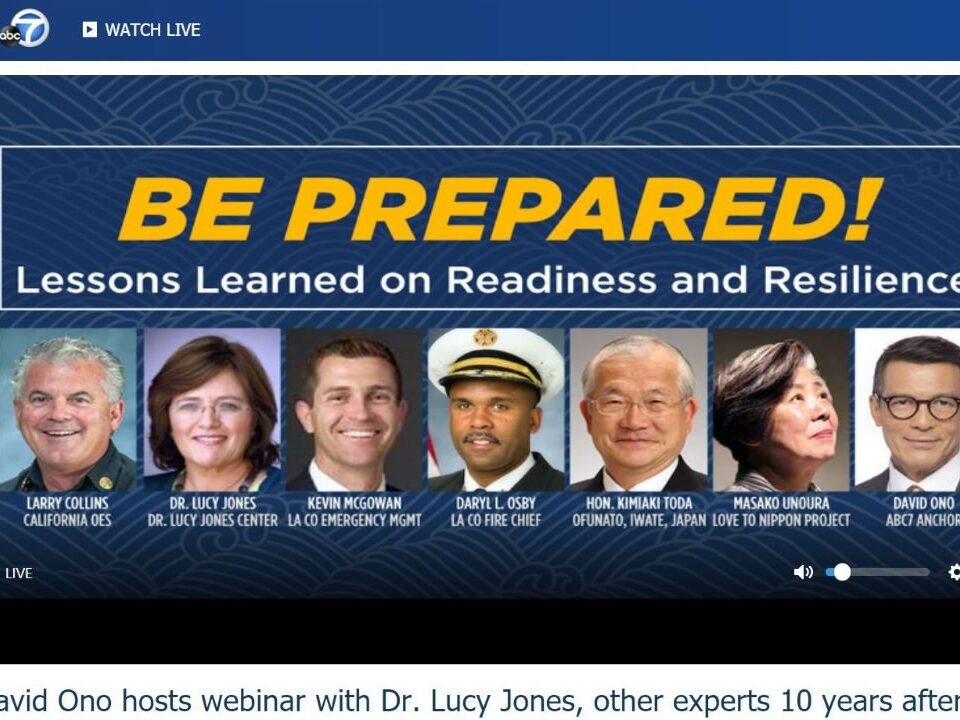